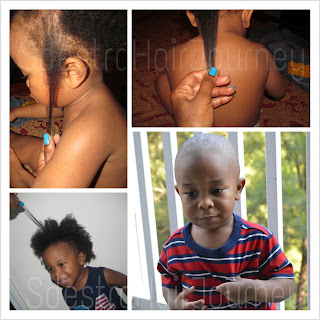 Remember the post I posted months and months ago about growing my son's hair?

It was my husband's idea to grow it out.  Not mine.  I went along with it so I can document his hair journey and thought it would be cute.  When were we planning on cutting it?  We had no clue and would do it when he had gotten a little older.

So it was the beginning of his hair journey...I cared for it, braided it, moisturized...basically took care of it to retain length.

The other day, I took his hair down from a set of cornrows that lasted about three weeks.  Usually, I'll give his hair a break for about a week.  Wash, condition and moisturize.  I'll put his hair into two large cornrows to help stretch the hair out for about two days.

On Sunday, my husband looked at our son and said, "I'm taking him to the barber shop."  I paused and had mixed feelings about it.  I was starting to get used to doing his hair.  Then I thought that it would be a good thing because he can go out with his father more than usual and have that extra time to bond together when they get their hair cuts.

My husband dreaded it because he felt that our son would have screamed his head off and flip out.  He told me he have seen from toddlers to young boys around 10 years old in tears.  I assured him that he will be fine and is a trooper.  Although my son does give me a hard time to braid his hair, I think he would sit still for someone else despite the sound and feeling of the clippers on his head.  And recently, he had his teeth cleaned at the dentists' office and did not flinch nor cry.

After about an hour my husband and son left, these photos come in: 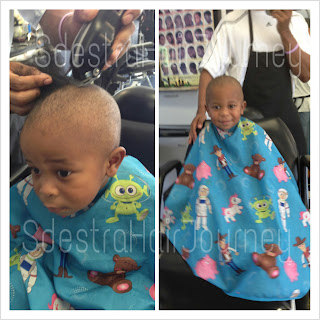 The first thing I noticed was his face!
He was smiling and did not have a look of distress.  Then my husband called me, raving about how our son sat there and did not cry.  Then went on saying that he sat there and smiled the whole time.  Far from what he expected.

So, the hair is gone.  The hair growth journey has ended and I am perfectly fine with it. Did I cry?  Absolutely not.  May be it would have been different if I was at the barber shop.  But I was happy and knew that dealing with one less head of hair would be more appealing and a relief.

Interesting to see how he is a big boy now...it's official and he went from being a toddler to looking like a boy as if he went through a rite of passage into becoming one (laughing).

Thanks so much for reading and here are a few more photos showing his hair from the time he was born to now with his hair cut.  We'll chat again soon! 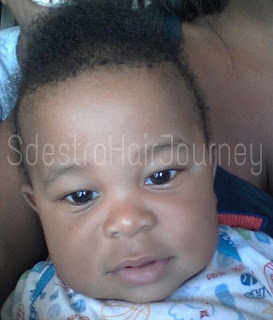 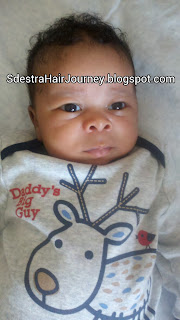 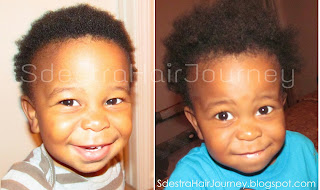 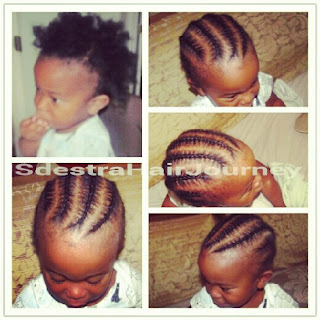 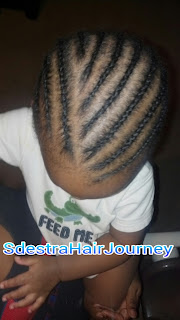 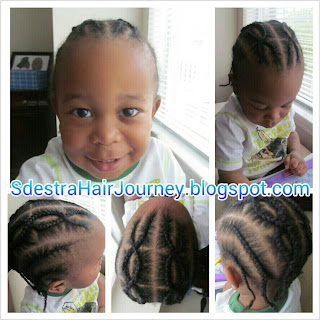 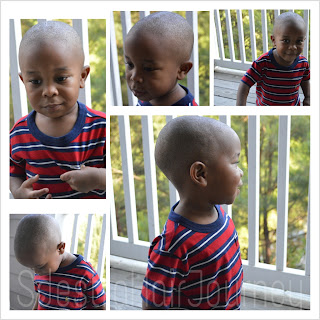